Posted by web designer Posted on 11:14 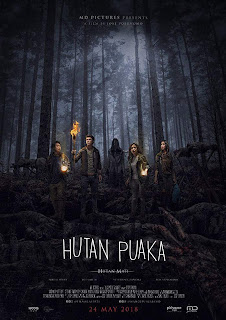 RAYA (Nikita Willy) with her four friends VEGA (Stefhanie Zamora), JESSY (Naomi Paulinda),RENDY (Roy Sungkono) and DITO (Jeff Smith) desperately go to the haunted forest area known as Alas Pati, a dead forest area, in order to make a documentation video about strange burials in the forest. The desire was carried out in order to increase the viewers (audience) of their YouTube channel which so far have not been many fans. Terror does not stop in the forest. Raya and his friends are hit by insistent terror from creepy creatures wherever they are.What is the fate of Jessy who is alone in a dead forest?Will they be free from the terror of the unseen?