Posted by web designer Posted on 11:20 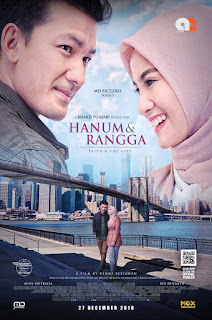 Hanum (played by Acha Septriasa) and Rangga (played by Rio Dewanto) arrived at JFK Airport, America. For Hanum, New York City still wants to hold it. It happened when he hit the plane. Cooper (Alex Abbad) of Global New York TV (GNTV) offers an impossible opportunity to denounce Hanum: being a producer of program events on GNTV television covering the world of Islam and America. An ideal job that Hanum has dreamed for.But not so with Rangga. For him New York is a city that made him have to delay his dreams for love. BETWEEN LOVE AND YOU DREAM JOB, WHICH ONE YOU CHOOSE????