Posted by web designer Posted on 02:23 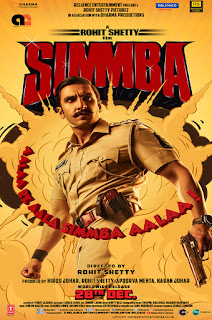 An adaptation of the Telugu-language film Temper (2015) and a spin-off from the Singham franchise. Ranveer "Simmba" is a fully corrupted police officer who gets transferred. There he joins hands with Main Antagonist and treads the corruption route.Twist in the tale arises when Simmba girlfriend"Sara" gets accidentally kidnapped. This incident makes Simmba very angry and he goes against Actor-X and his empire. During this time, Simmba also comes to know that there is a bigger motive behind this kidnapping. What is that motive and will Simmba manage to find out the truth and punish the culprits’ forms the rest of the story.