Posted by web designer Posted on 08:56 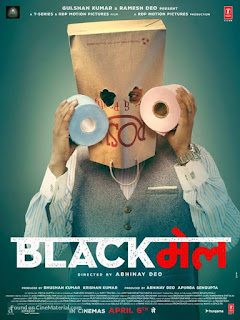 Blackmail is an upcoming 2018 Indian Hindi-language black comedy drama film co-produced and directed by Abhinay Deo. Starring Irrfan Khan and Kirti Kulhari, the film is produced under the banner of T-Series. When Dev finds out his wife is cheating on him, he secretly blackmails his wife and her lover as a form of revenge.