skip to main | skip to sidebar
Home » Bollywood , Hindi » BEYOND THE CLOUDS

Posted by web designer Posted on 09:06 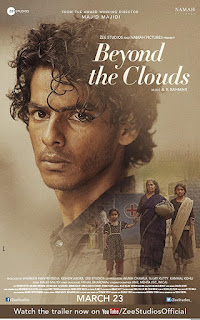 Teenager Amir is constantly dodging trouble while dealing drugs in the underbelly of Mumbai. Following a drug bust, he evades the cops and ends up on the doorstep of his estranged sister Tara. Complications from concealing Amir land Tara in jail, but she still sees her brother as her only hope of living in the outside world again. While their lives have been darkened by despair, hope may shine from beyond the clouds.