Posted by web designer Posted on 10:31 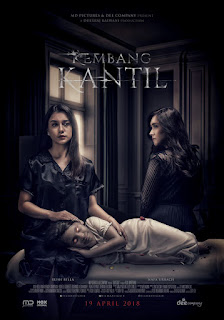 Alisa (Irish Bella) visits the home of her older brother Anton (Fandika Riyandi) and his wife Santi (Nafa Urbach). She meets Tania (Richelle Georgette Skonicki) their foster child, who is already considered as one of their own children. However, Alisa is immediately aware of Tania’s mysterious attitude.

Having caught Tania eating a kantil flower in her room, Alisa begins to experience magical terror and a mysterious man figure, Toro (Dorman Borisman), appears and warns her to stay away. Ever more curious, Alisa begins to research Tania’s origins at the orphanage from where she came. Novi (Sarwendah), the orphanage owner, reveals that Tania has a dark past…