Posted by web designer Posted on 22:07 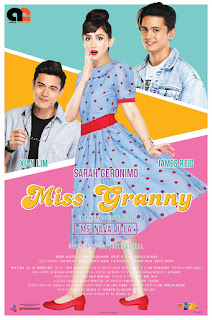 Miss Granny is a 2018 Philippine comedy-drama film based on the South Korean film of the same name. It is directed by Joyce Bernal and stars Sarah Geronimo, James Reid, Xian Lim, and Nova Villa. It was released by Viva Films on August 22, 2018. Fely is an elderly woman who finds second chance at youth after a visit to a mysterious photo studio. A BLOCK BUSTER FILM IN PHILIPPINES 2018.