Posted by web designer Posted on 10:38 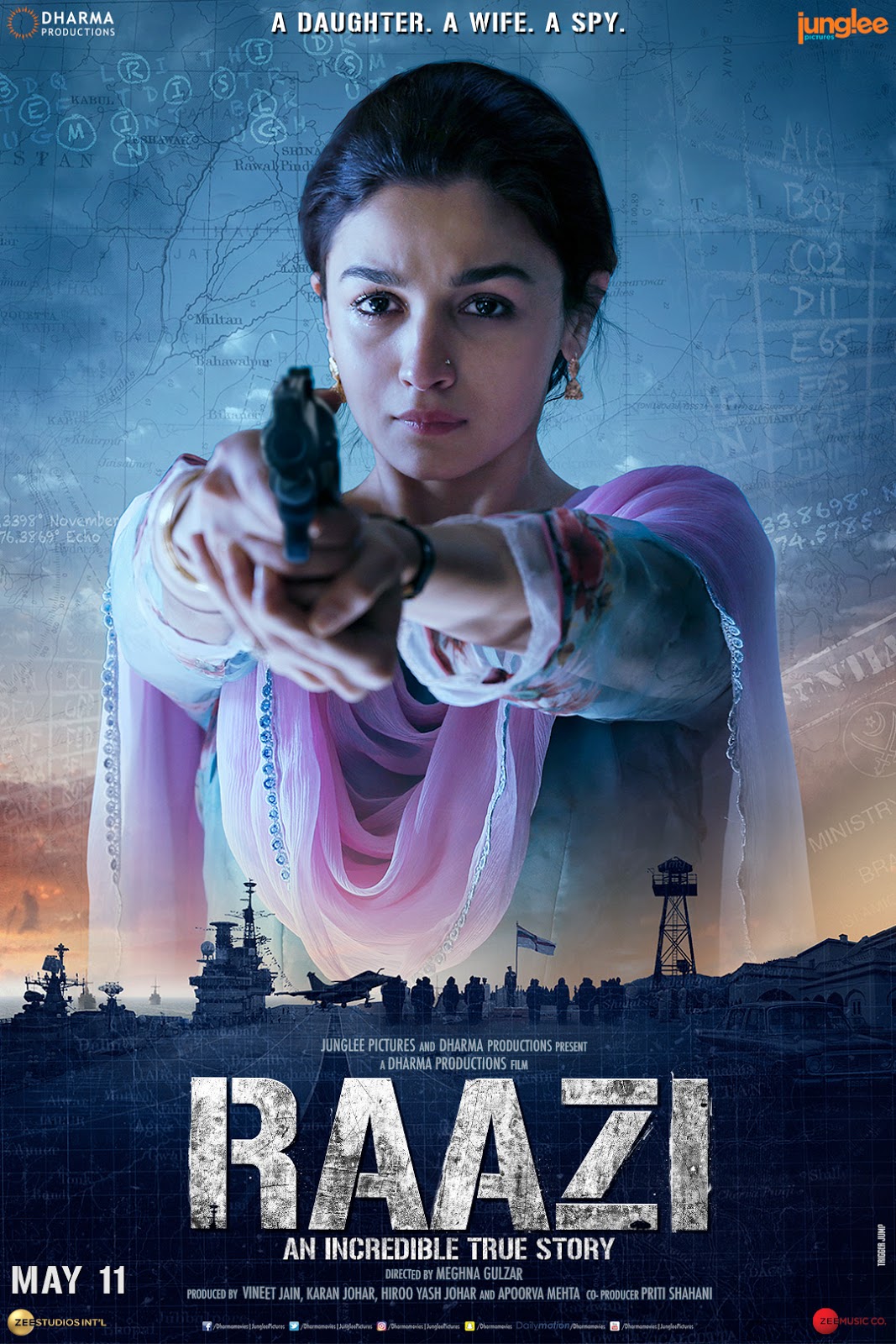 Raazi (Agree), based on a true story, is an adaptation of Harinder Sikka's novel "Calling Sehmat", about a Kashmiri spy married to a Pakistani man during the Indo-Pakistani War of 1971. It depicts the journey of an ordinary Indian girl, under extraordinary circumstances. Sehmat (Aalia Bhatt), is sent to Pakistan in 1971, to source out any information she could, as war was becoming imminent between India and Pakistan.