Posted by web designer Posted on 16:08 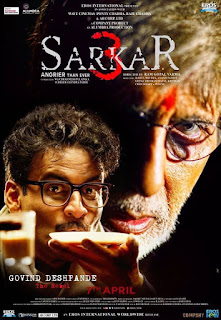 Sarkar 3 won’t have a single antagonist in the movie.While the plot deals with the multi faceted crisis in the Sarkar tradition but this time there will be dramatic events and larger than life characters set against a backdrop of one – upmanship, criminal practices and terrifying conspiracies