Posted by web designer Posted on 15:57 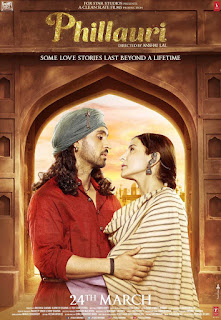 Directed by Anshai Lal, ‘Phillauri’ is family entertainer, which revolves around a spirit named Sashi. Anushka Sharma plays the role of Sashi.

She resides in a tree, to which a groom gets married following an obligation in his horoscope and this becomes a shock of his life. Instead of solution for the groom, the whole situation turns into a problem.